Scouting person and I decided that while passing through today (Train to Semaphore for a artist / history walk for SA Living Artist Month) to try this cache.

Sure enough, the opportunity arose to attempt this cache

Thankfully, there was time between trains and being a Sunday (early-ish) that foot traffic was not going to create many issues to get the needed photo. 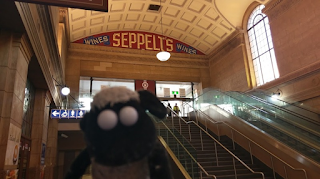 Posted by Wilbur N Friends at 12:00 PM No comments:

Today, I went with Scouting Person to the football.

While on the way into the game at Adelaide Oval, we took a quick photo of the cache we had been passing for years on the way to cricket and football games.
While there was few people around, we were able to get one in (it gets busier closer to game time, and once game has finished, so we took the chance while we could)

St Peter's Cathedral is an Anglican cathedral in the South Australian capital of Adelaide. It is the seat of the Archbishop of Adelaide and Metropolitan of the Province of South Australia. The cathedral, a significant Adelaide landmark, is situated on approximately 1 acre (0.40 ha)
of land at the corner of Pennington Terrace and King William Road in the suburb of North Adelaide. 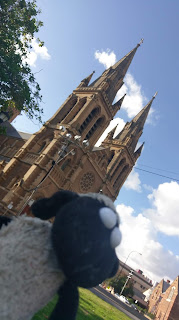 Posted by Wilbur N Friends at 11:54 PM No comments:

While we were passing through the city, we were browsing the Geocaching site and discovered we were sitting outside a cache….so of course we had to get it!

The cache is a part of the Cathedrals in Australia series. It will be good to get some more caching done as we go.

This one is St Francis Xavier's Cathedral and it is a Roman Catholic cathedral in Adelaide, South Australia. It is classified as being a Gothic Revival building in the Early English style. The tower stands 36 m high and is 56.5 m lengthwise and 29.5 m horizontally. The foundation stone was laid in 1856, and construction of the tower began in 1887. However, it was not completed until 1996. 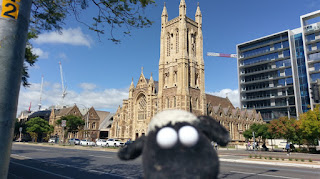 Posted by Wilbur N Friends at 11:49 PM No comments:

Today, Scouting human and I got to visit Brownsea Island. She snuck me into the travel bag, as she is in the UK for a month. The purpose of the month long trip is to scatter her late grandparents’ ashes as per their wishes.


Today, is the one day that she is allowed to do something scouting on the trip. Her parents had told her before she left (they are both former leaders and despite multiple trips to visit English based relatives over the years, had only recently visited Brownsea Island. It was on this side trip they thought of taking us)

It was a great day and Scouting Human and her dad had a enjoyable walk around the Island, and visiting the site of the 1st camp held back in 1907 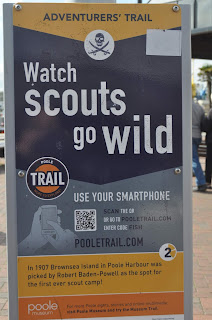 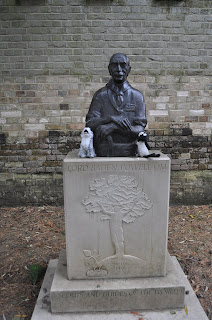 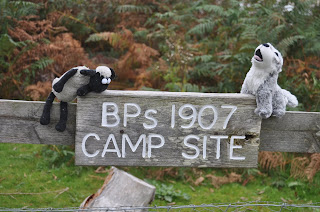 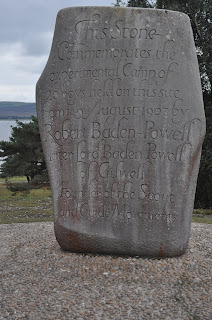 Posted by Wilbur N Friends at 1:25 AM No comments:

Today, was another early start…only because the Scouting human doesn’t sleep much on camps? We had the last couple of activity rotations, before we had a chance to pack up and pull down the activity site.

We didn’t get a lot of photos, but overall it was a great weekend and we are sure everyone had a great time for the weekend. It was certainly a enjoyable activity to celebrate the 100 years of Cub Scouting.


Posted by Wilbur N Friends at 2:24 PM No comments:

Today, we were up early, doing last minute preparations for the activity.
Once these were done, we were able to attending the opening of Cuboree and then the activities were in full swing. It was a full on morning, with a much welcome break for lunch.
Then the afternoon rotation through activates  It was a pretty full on day, but overall the Cubs enjoyed themselves

Posted by Wilbur N Friends at 2:02 PM No comments:

Today, I headed with Sarah and James to Woodhouse, to set up for the Century Cuboree. This weekend’s event is the replacement for the event that was due to be held over the October Long Weekend. However, due to the storm South Australia had (and total power failure and conditions created by the storm in the few days before the original date etc) the Cuboree was shifted to the 1st weekend in December instead.

Basically, today we were just setting up the activity site for the weekend. The theme for our site is Enviromental and it is looking to be a great weekend. 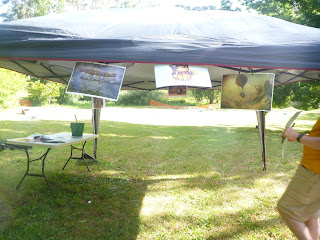 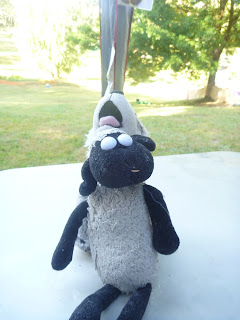 Posted by Wilbur N Friends at 12:43 AM No comments: